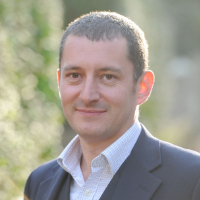 Steve, 43, is originally from Ayr in Scotland but moved to Altrincham in 2003 now spends a lot of his time in Spain. He is a Chartered and Certified Financial Planner (CFP) as well as a Chartered Wealth Manager, a holder of the Investment Management Certificate and is a former Assessor of the CFP licence.

Steve founded Smart Financial Planning Limited in 2008 and serves as it chief executive. He also founded Smart SSAS, a pension trustee business in 2011 and Smart Divorce, a divorce specialism in 2018.

He was Chair of the Manchester branch of the Institute of Financial Planning for 5 years before standing down in 2015.

Steve is married with two children, is an Ironman Triathlete, a keen runner and a CrossFit level 1 coach and is a committed fund raiser for the Cystic Fibrosis trust.

Steve has over 20 years’ experience in the profession, having been a Partner and Managing Director of previous firms.

Steve specialises in advising business owners as both a financial planner and a business consultant.

Steve oversaw the delivery of the Accredited Financial Planning FirmTM to Smart Financial – awarded in 2011.

Steve has led Smart Financial to numerous professional awards including

Steve is a highly sought after speaker on Financial Matters. He speaks regularly on a variety of subjects including

He speaks regularly and chairs events and conferences and is also a regular contributor to a wide range of feature articles on financial and money management related subjects across trade, local and national press including the Times. He has appeared on BBC radio, guest blogged in numerous publications and has extensive on camera experience. 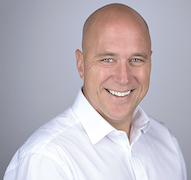 A former IFP Branch Manager and Conference Chairman who has spoken at a number of events on Practice Management.

Damien has been delivering Lifestyle financial planning for the past 16 and now uses his wealth of experience to coach and train other advisers and financial planners through the Financial Planning Training Academy which he established with Smart Financial CEO Steve Martin.

An experienced sports coach, Damien is able to transfer the skills acquired in this arena to the financial planning world to help advisers and planners be the best they can be and deliver their service with passion, integrity and empathy. 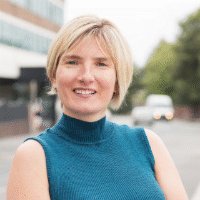 Tamsin joined Smart Financial in January 2015. She had 15 years’ experience in financial services in businesses from a small family company to a large PLC. Since meeting Steve Martin about 10 years’ ago, during his time as chair of the local IFP branch, Tamsin had wanted to work with him, providing lifestyle financial planning to clients. Having secured her dream job, she soon discovered that transforming from a traditional transactional IFA to a lifestyle financial planner was not as easy as she had anticipated. However, 2 years’ on and too many role plays to count, she is now helping others through the academy and mentoring several new and existing planners.

Having completed a Masters in Financial Planning and Business Management at Manchester Metropolitan University in 2015, Tamsin now works as an Associate Lecturer at the university in the Accounting and Finance department.

She now uses a combination of teaching at the university and coaching skills developed on the rugby field to help to develop successful lifestyle financial planners. 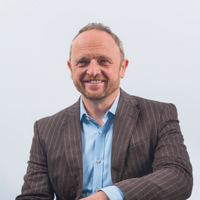 Prior to joining The Financial Planning Training Academy, Brian joined the Army and attended the Royal Military Academy Sandhurst (Sovereign’s Platoon, for those who are familiar). Unfortunately Brian was War Pensioned off after suffering knee injuries in the Final Term, just 8 weeks away from Commissioning.

His knee injuries didn’t stop Brian from training and qualifying as an Alpine Ski Instructor and Brian takes time out each ski season to teach in Bavaria.

Over the years he’s become well known for his integrity and down to earth approach, with his clients prepared to travel long distances to see him. Brian’s specialist area is helping those who have served and their families.

When not spending time with his young family, Brian can be found at his local Crossfit gym or Southwick Parkrun, training for endurance events such as the gruelling 24km FanDance (twice across Pen-y-Fan peak, whilst carrying up 35lb-60lb of extra weight). The FanDance is used as part of SAS Selection.

A little well known fact is that Brian used to be a Church organist. Nowadays he would probably play all the right notes but not necessarily in the right order. 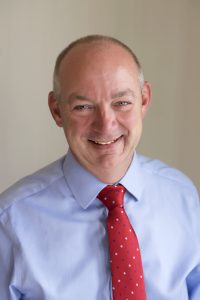 He is one of the UK’s most experienced financial planners when it comes to working with those who have suffered serious personal injury, having worked in this challenging market since 2001.

As well as advising clients, he has worked with the legal profession, social services and charities to help achieve the best outcome for his clients. 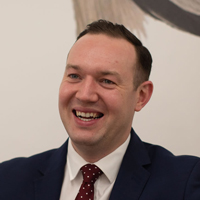 James is the newest member of the Financial Planning Training Academy trainer team. Being a glutton for punishment he has attended and supported at more training days than Steve and Damien care to recall! The benefit of this has been his rapid advancement from a traditional Independent Financial Adviser (IFA) to a leading financial planner at the London Office of the multi award-winning Paradigm Norton.

His continual curiosity and desire to improve his client facing communication skills has set him apart from many of the attendees of the Financial Planning Training Academy first meeting trainings; so much so we wanted to bring him onboard as part of the team.

Having seen the value Lifestyle financial planning could deliver to clients within the first few months of advising clients, he has evolved his skills over several years to deliver a high-end service to a small group of families and private individuals in London. Therefore, he is in a great position to support and pass on his experiences to date.

Passionate about helping the next generation he hosts regular networking events for new entrants in the profession. This led him to launch The Adviser Gap Podcast with the mission to support as many individuals transition from non-advisory roles (such as paraplanners and career changers) to financial advisers. Having bridged the Adviser Gap himself he wanted to highlight the challenges that individuals will need to overcome in order to make that successful transition.

Having been a half-decent athlete in the past, he spends time in the gym (or the occasional CrossFit session) reminiscing on past days and usually training for whatever charity challenge he has been roped into. In his spare-time he can often be found on a walk with his better half or if the weather is good walking a fairway or three.

Host of The Adviser Gap Podcast 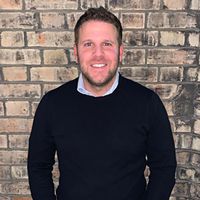 Sam’s route into financial planning is rather different to most. After a career as a professional footballer, he retired at 26 and set his sights on a new vocation. That vocation was Financial Planning.

Before setting up Engage in 2017, he gained experience working for a large financial institution and a smaller independent practice.

Sam’s goal is to help his young, high earning clients develop great financial behaviours. His vision is to be a trusted partner throughout their lives, there to help through the difficult times and appreciate the good.

“The event is a breath of fresh air in a world of IFA smog.”

“There are great opportunities for financial planning done right and these courses and the inspiring adviser community help advisers develop the skills they need for the new advice driven world.”